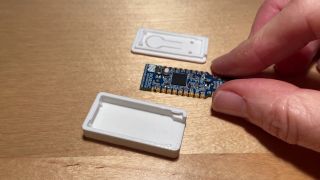 Security keys provide consumers and businesses alike with a more secure and easier way to log in to online sites and services without using passwords.

However, not everyone has access to this technology which is why Google has launched a new open source project called OpenSK to enable hobbyists and hardware vendors to build their own security keys.

Google has also publicly released the necessary templates for users to 3D print their own OpenSK Key Enclosure to protect their security keys.

“In addition to being affordable, we chose Nordic as initial reference hardware because it supports all major transport protocols mentioned by FIDO2: NFC, Bluetooth Low Energy, USB, and a dedicated hardware crypto core.”

“We’re excited to collaborate with Google and the open source community on the new OpenSK research platform. We hope that our industry leading nRF52840’s native support for secure cryptographic acceleration combined with new features and testing in OpenSK will help the industry gain mainstream adoption of security keys.”

Google also hopes to expand OpenSK to support other chips in the future though the project is currently in the experimental research phase.