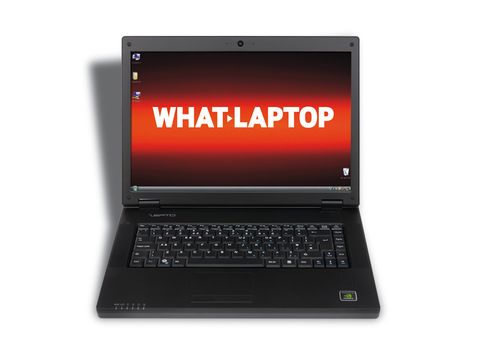 Considering its size and understated design, the level of performance offered by the Zepto Nexus A15 is amazing

Zepto is Scandinavia's largest laptop manufacturer, offering a range of powerful systems at a reasonable price.

The Zepto Nexus A15 (£699 inc. VAT) conforms to this and makes a great choice for the demanding family user.

Its weakest point is the 15.4-inch screen, which is no better than average. Colour reproduction is generally good, but blacks appeared a little too washed out. The resolution is 1280 x 800, and, although you can comfortably ﬁt two documents side by side, it lacks sharpness.

This machine really shines when it comes to multimedia performance, due to its powerful GPU. nVidia's GeForce 9600M GT chip is in place, and affords the A15 similar performance to much larger machines.

The keyboard is also very good – providing comfort, but also proving quiet and ﬁrmly attached during use.

The touchpad is part of the palm rest but it's indented slightly so you don't brush it accidentally. Although we have no complaints about the ergonomics of the Zepto, it's a shame there are no hotkeys for controlling multimedia ﬁles.

The Nexus A15 features an unusual design, and it's the ﬁrst machine we've seen to feature soft-touch plastics, similar in feel to some mobile phones.

We found it tactile and hard-wearing, and it doesn't attract ﬁngerprints or scuffs. Despite the powerful GPU, the casing remained relatively cool to the touch, proving a pleasing machine to use.

Multi-tasking on this machine was effortless, thanks to a mid-range Intel Core 2 Duo processor and 4096MB of memory. The powerful GPU restricts mobility, however, leading to a poor battery life
of around two and a half hours.

Storage space is also lower than average, and if you plan on downloading movies it's worth either upgrading the hard drive or investing in an external drive.

You'll be able to play HD movies on an external display via the HDMI port, but if you have an older analogue-only display you'll have to buy an adapter, as there's no VGA-out port.

There's no modem, but Gigabit Ethernet and 802.11n Wi-Fi adapters offer the fastest network connections currently available. Files from your digital camera can be accessed easily using a 5-in-1 media card reader, and you'll be able to burn them on to DVD using the dual-format optical drive.

Considering its size and understated design, the level of performance offered by the Zepto Nexus A15 is amazing. It's lacking some features found on its rivals but, aside from this, it's well worth a look.