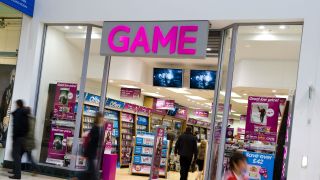 The loss of Game goes against the employment trend

The latest sign that the economy is continuing to recover was confirmed today as official figures showed that unemployment dropped by 35,000.

High profile failures such as the loss of high-street retailer Game seem to be going against the real trend, as the latest figures from the Government show signs that the economy is continuing to recover with unemployment in the UK falling.

The figures are the first fall in unemployment numbers since Spring 2011, as the total number came down to 2.65 million over the December-to-February period, according to the Office for National Statistics (ONS).

Additionally the expected rise in youth unemployment failed to materialise.

Many experts express concern about the impact of the lack of investment in skills upon business growth. Liz Field, CEO of Financial Skills Partnership, comments: "If businesses stop investing in the attraction, retention and development of talent, their growth could be seriously hampered."

Adding, "It's important we learn the lessons from the last recession when companies starved their organisations of investment in talent and suffered severe consequences as a result. Many companies in our sector are taking skills seriously and are currently putting in place stable foundations which will empower them to continue to thrive and prosper in difficult market conditions."

Last month, figures recorded the slowest quarterly rise in unemployment since May 2011 with figures in the three months to January 2012 rising by just 0.1% and a rise of 28,000 over the quarter to reach 2.67 million.