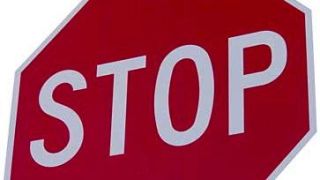 ACTA MEPs they say "no"

The European Parliament has voted against the Anti-Counterfeiting Trade Agreement (ACTA) aka "the bill that refuses to die."

The ACTA bill was rejected by an overwhelming majority in the European Parliament with 478 MEPs voting against the bill, leaving just 39 in favour, with 165 abstentions.

The Anti-Counterfeiting Trade Agreement is an international treaty signed by 22 EU members - including the UK – and is aimed at standardising copyright protection, and curbing the trade of counterfeit physical goods, including copyrighted material online, such as films and music.

It has been compared to the US's Stop Online Piracy Act (SOPA) bill, which sparked widespread disgruntlement across the internet earlier this year.

The final nail in the coffin?

While this should be the final nail in the coffin of the bill - The MEP vote on the bill followed five consecutive no votes by various European parliamentary committees - however it seems that Europe is unwilling to let ACTA die.

After the vote Commissioner Karel de Gucht announced that, regardless of the Parliament's rejection, the European Commission would wait for the European Court of Justice's decision on the treaty's compatibility with fundamental rights and freedoms, before considering what to do next.

Jim Killock, Executive Director of the Open Rights Group commenting on de Gucht's announcement said, "The bill should be dead and continuing on with the bill is extremely unwise politically." Adding "With this level of political discontent they should just start again, and consider a more multi-lateral agreement."

Killock recommends that the entertainment industries should go away and have a rethink, "Their profits are up and they appear to be making a good success of the internet. They should consider thinking of something that's less draconian."