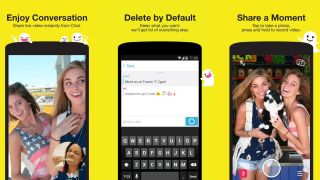 Data is everywhere. While your photos, documents and emails for the last two decades are probably archived and accessible somewhere, your tweets, social media updates, instant messages and blogs are not only on the internet for all time, but fully indexed and searchable by Google.

It was the fashion a few years ago to ditch worldly possessions, live out of a laptop and declare yourself a 'digital minimalist'. There were excitable news reports on the 'cult of less', irritating TED talks, books and blogs, but thanks to cloud accounts, Flickr and portable HDDs it has transpired that data is just as hard to prune as physical possessions.

"Currently, 'forgetting' data – i.e. deliberately deleting it – routinely requires more effort than having it preserved," says Viktor Mayer-Schonberger, Professor of Internet Governance and Regulation at Oxford and author of Delete: The Virtue of Forgetting in the Digital Age. "This increases the 'cost' of digital forgetting, and thus tilts the default towards preservation. As a consequence digital minimalists need to spend significant time and effort to get rid of data."

Effective search, filter, and deletion are the keys to avoiding data overload, but digital hoarding is all too easy. "With the steady drop in prices per gigabyte for storage, it is very difficult to store too much information," says Dr Kevin Curran, a Reader in Computer Science at Ulster University specialising in network security, though he stresses that we have all become digital hoarders. "All owners of Android and Apple smartphones automatically upload their photos and videos to the cloud for Apple and Google to manage, and we also store our data in a cloud service like Google Drive or Dropbox, and we never delete data."

Is digital data's permanence its greatest or worst characteristic? "It is neither," says Viktor Mayer-Schonberger. "Permanence is something we bestow on digital data, it is not a genuine quality of digital data. Just as easily as we can design digital data systems that preserve data, we can build systems that are more forgetful."

Some data rots of its own accord, and because of that is hugely attractive. Take SnapChat, where messages disappear after 10 seconds. "We can expect to see ephemeral videos becoming quite popular – it's the natural progression," says Curran. "Private phone calls can be done through apps such as Burner and SMS can be done with apps such as Gryphn or Seecrypt."

Curran points out that when we speak about expiring data online, we generally mean information that is sensitive to the lives of people. "A significant proportion of the world would also agree about not wanting their search history leaked, not to mention their emails and private social network posts."