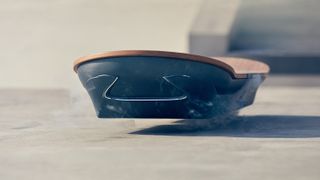 It's 2015, the year Marty McFly traveled to in Back to the Future Part II, and therefore perfect timing for someone to launch a real, working hoverboard - or at least an opportunity for a bit of positive PR.

Step up to the plate, Lexus. The luxury car maker has released a video "announcing" a functional hoverboard. But hold on just a second - you won't be tearing down the pavements on this bad boy any time soon.

Lexus says the hoverboard uses liquid nitrogen cooled superconductors and permanent magnets to stay about an inch off the ground, meaning it will only work on a metal surface. It's a similar story to Hendo's board, announced last year.

Still, it does actually work, says Lexus, even though we don't see anyone in the video riding it. Expect to see more footage of it in action soon.