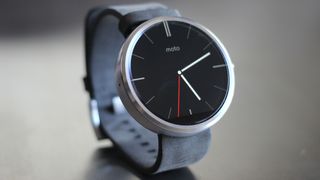 The Apple Watch has a lot of things going for it, not least of them its myriad customization options, but the Moto 360 is now giving it a run for its money in that department.

For the Moto 360 customers can choose among three case finishes, nine different band styles and even more watch faces. It also offers different bands as separate "mix and match" accessories.

Once you've designed your perfect Moto 360 it will arrive in "just a few days," according to an announcement Motorola sent out today.

Grab some thunder while you can

The company promised in February that it's been working on Moto Maker for the Moto 360 all along, but the feature's launch today - just 24 hours after Apple's latest Watch event - is as much a coincidence as the secret service showing up everywhere Obama goes.

Here's hoping it will help Motorola make one last grab at Apple's thunder before the Apple Watch arrives in April.