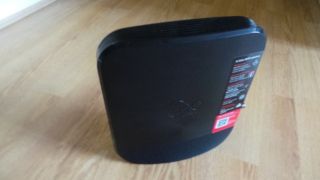 Virgin Media’s Super Hub routers have once again been the victim of a major security flaw, although the good news is that the company has already patched this issue.

Recently, we’ve been hearing a lot about problems related to the firm’s newest Super Hub 3, but this latest vulnerability, discovered by Context Information Security, pertains to its predecessor.

Researchers found that the Super Hub 2 (and Super Hub 2AC – both made by Netgear) had a serious hole which could be exploited in a feature that allows the user to back up a custom configuration of the router.

The heart of the issue is that while configuration backups were encrypted, the private key for that encryption was the same across all routers in the UK.

As Context Information Security explains, that means an attacker who could access the admin interface of the Super Hub could download a configuration file, modify it to contain a backdoor enabling remote access, and then restore the file to the router.

And that would allow full remote access to the device, as well as the ability to monitor all traffic across the internet from connected pieces of hardware.

Andy Monaghan, a principal security researcher at the company, commented: “The Super Hub represents the default home router offering from one of the UK’s largest ISPs and is therefore present in millions of UK households, making it a prime target for attackers.

“While ISP-provided routers like this are generally subject to more security testing than a typical off-the-shelf home router, our research shows that a determined attacker can find flaws such as this using inexpensive equipment.”

Context Information Security reported the issue to Virgin Media last October, and then worked with the company and Netgear to develop a patch which was rolled out last month.

So users are now protected against this flaw, thankfully, and hopefully security lessons will be learned for the future.

Back in April, the Super Hub 3 was reportedly found to be vulnerable to low-bandwidth denial-of-service attacks which can completely bog down the user’s internet connection.