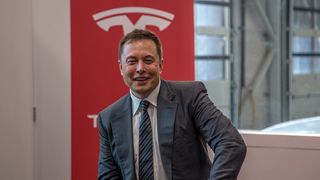 A disgruntled Tesla employee sabotaged internal systems and may have given sensitive data to outside sources, according to a company-wide email sent by CEO Elon Musk and obtained by Reuters.

The employee in question, who was reportedly motivated by failing to receive a promotion, made “direct code changes” to Tesla’s internal operating systems and exporting classified information to “unknown third parties”. Musk described the sabotage as “extensive and damaging”.

The leaked email, sent to Tesla’s roughly 40,000 staff, said the matter was being was being investigated. It also hints at foul play from outside industries, with Musk citing the “oil and gas companies” who “don’t love the idea of Tesla advancing the progress of solar power and electric cars”.

Not a good time

The extent of the disruption isn’t clear, but the incident comes at a time when Tesla’s production lines have been pushed to the limit trying to meet its target of 5,000 Model 3 sedans per week.