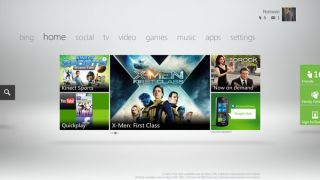 Following the arrival of LOVEFiLM and YouTube, among other apps earlier this month, Microsoft has now unleashed 4oD and Demand 5.

Demand 5 will being the likes of The Gadget Show and Neighbours, while 4oD will allow viewers to catch-up on My Big Fat Gypsy Wedding and This Is England '88.

The Dailymotion application is now also available in the United Kingdom as well as 34 other territories, while the BBC iPlayer will finally arrive on Xbox LIVE in 2012.

More than a gaming machine

Microsoft has made it abundantly clear that it sees the Xbox 360 as way more than a gaming machine, with a host of new entertainment content joining the likes of mainstay app Sky Go.

The likes of Blinkbox, Crackle by Sony and MSN video are also available as apps, giving members a huge array of online video to choose from.

Viewers in the United States can now also access Vudu and UFC channels.

Via: The Verge, Major Nelson