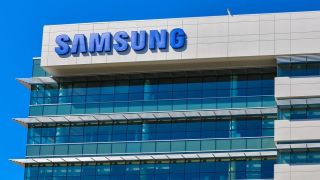 Samsung is to close its largest factory in China due to slowing smartphones sales and rising manufacturing costs.

The company has two mobile phone factories in the country – the other is in Huizhou, Guangdong – but has decided to streamline its operations by focusing on a single facility for the local market.

The South China Morning Post says Samsung confirmed the closure of the plant in Tianjin at the end of the year after workers posted the news on social media. As of last month, 2,600 people were employed there.

The Korean electronics giant has said that the closure does not mean it is any less committed to the Chinese market and will also continue to help the government with its plans to grow the country’s component industry.

“As part of ongoing efforts to enhance efficiency in our production facilities, Samsung Electronics has arrived at the difficult decision to cease operations of Tianjin Samsung Electronics Telecommunication (TSTC),” a Samsung spokesperson is quoted as saying.

“Samsung is extremely grateful for the devoted support of our employees and we are committed to providing a fair and reasonable compensation package that includes career counselling and vocational training while opportunities to transfer to other Samsung facilities will also be made available where possible. “

Samsung’s sales have been impacted by intense competition from local manufacturers and a general slowdown in mobile phone sales.

The company has a fifth of the Chinese market in 2013, but consumers in the country are extremely price-conscious and there is little brand loyalty. This means that competitively priced, feature-packed phones from Huawei, Xiaomi and OnePlus have eroded Samsung’s share to one per cent.

The market contracted by 11 per cent during the first half of 2018 and analysts believe growth will be flat by 2019.

"China's domestic market continues to be challenged as overall consumer spending around smartphones has been down," said Ryan Reith from IDC. "High penetration levels, mixed with some challenging economic times, has slowed the world's largest smartphone market. Despite this, we believe this market will begin to recover in 2019 and beyond, driven in the short term by a large, built up refresh cycle across all segments, and in the outer years of the forecast supported by 5G migration."