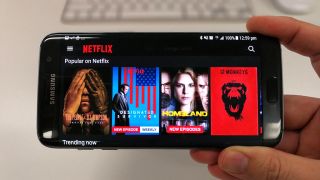 Netflix may be known for its video streaming service but the company also deals with a lot of images.

This expertise has led it to release an update to a new image file format called AVIF (AV1 Image File Format) which it believes can replace JPEGs.

The video streaming giant has even open sourced the AVIF framework to allow others to compare it to existing image codecs in terms of performance and compression efficiency.

For the past two years, Netflix has been developing AVIF under the Alliance for Open Media alongside Google, Microsoft, Facebook, Mozilla and others.

In addition to JPEG XL, AVIF is also competing against the WebP format that is being developed by Google and is currently supported on Android, Firefox, Microsoft Edge and Google Chrome.

WebP isn't perfect though and Netflix's engineers note in a blog post that it doesn't have the flexibility of the JPEG 2000 format though it does support lossless coding as well as a lossless alpha channel which makes it more efficient and a faster alternative to PNG in some cases.

AVIF's final competitor is High-Efficiency Video Coding or HVEC and it is a successor to H.264 or Advanced Video Coding and is supported on both iOS and macOS.

According to Netflix, AVIF can provide superior compression efficiency when compared to other image file formats but AVIF is still at an early stage of development. The Alliance for Open Media is developing the libavif open source library for encoding and decoding AVIF images which should help spur adoption of the new image file format.