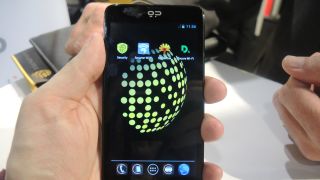 Will it be better than the original Blackphone?

Fresh from its $50 million buyout in the Blackphone project, Silent Circle has announced two new devices today at MWC 2015.

First up is a follow-up to the Blackphone, unsurprisingly called the Blackphone 2. Compared to its predecessor, it packs a faster processor, more memory, better battery life and a bigger display.

Then there's what Silent Circle calls the world's first privacy-focused tablet, the Blackphone+ (rather than the Blacktablet) which will arrive later this year.

The products were unveiled as part of what the company claims to be the world's first enterprise privacy platform, one that encompasses devices, software and services and is based upon and built from ZRTP (Z and Real-Time Transport Protocol) which improves security significantly.

The software bit includes PrivatOS, Silent Suite and Silent Meeting while services bundled are Silent Store, Silent World and Silent Manager. Silent World is particularly intriguing since it is an encrypted call plan that allows users to call others on the same plan.