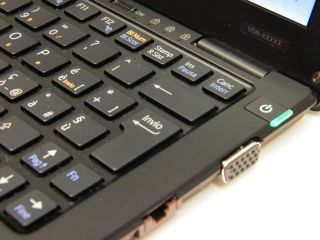 We loved the Vaio X at IFA, and UK pricing has just been announced

Sony UK has today announced the launch of its new incredibly slim X Series notebooks, alongside the all-in-one Vaio L series touchscreen PC, with the company set to launch both machines to the UK market later in October and early November.

We first saw the super-slim X series back at IFA and TechRadar has managed to get some hands-on time with both machines at Sony's London launch event this week.

Suffice to say, as with most of the Vaio-branded computers from the Japanese consumer tech giant, we are quite taken with the new Vaios X and L series.

However, while we know that the tech spec and the design and the quality of the build are all going to be top-notch, because that's what we now expect from the Vaio brand, the real question is: what is all this new kit going to set us back?

The Vaio L series touchscreen all-in-ones will be priced at £999 for the bottom of the range through to £1,399 for the top-of-range Blu-ray and HDMI-equipped version.

On the 'uber-netbook' front, the Vaio X series will cost you anything from £1,299 for the basic model through to £1,899 for the version with the 2Gb Intel Atom processor – which could quite possibly be up for our 'most desirable laptop of 2009' award, even if it is on the pricey side.