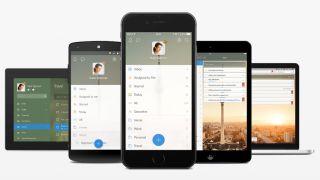 After acquiring Wunderlist back in 2015, Microsoft has announced that it will finally shut down the app in May of 2020 in favor of its own to-do list app, To Do.

Once the deadline arrives next year, Wunderlist to-dos will no longer sync, though users will still have the ability to import their content into the software giant's own To Do app.

Longtime Wunderlist users may be disappointed by the announcement but Microsoft did allow the app to operate for much longer than most companies do after an acquisition. The company also gave users plenty of time to switch to To Do or to find an alternate to-do list app as it first revealed that the app would be shutting down back in 2017.

In a blog post announcing Wunderlist's end of support date, Microsoft thanked its users and requested that they help make To Do an even better to-do list app, saying:

“Some of you have been on this journey with us since the very beginning. You may even remember the “Wunderkit” days. Whether you joined in 2010 or just last year, we want to take a moment to say a big thank you. You, our users, mean everything to us, and we hope that you continue to share our vision and join us on this next step of our journey. You helped us make Wunderlist what it is, and we’d love for you to help us do the same with To Do.”

As Microsoft prepares to end support for Wunderlist, the company has been working hard to ensure that the app's favorite features such as list groups (folders), steps (subtasks), file attachments, sharing and task assignments all make their way over to To Do.

Back in September, Microsoft added backgrounds, smart lists and a personalized daily planner that provides smart suggestions on which tasks should be accomplished over to its own to-do app. The company also integrated To Do with its other apps and services including Outlook, Microsoft Planner, Cortana and even the Microsoft Launcher on Android.

According to Microsoft, the company decided to shut down Wunderlist because it has stopped releasing new features for the app. Also as Wunderlist ages, it will become even more difficult to support the app.

Wunderlist users that want to make the switch to Microsoft To Do have two options. Either they can export their lists from Wunderlist to be used in To Do or they can download and open To Do and use the Wunderlist importer using a link in the app's settings.