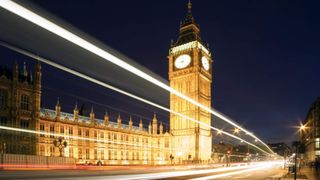 The head of MI6 has said the UK should carefully consider the role of Chinese firms in the nation’s telecoms infrastructure.

In only his second speech since he assumed his position four years ago, Alex Younger discussed a range of national security issues – including the role of technology in protecting the UK against threats.

When asked about Chinese firms such as Huawei and ZTE providing equipment for UK mobile operators’ rollouts of 5G, he suggested that caution should be exercised.

"We have got some decisions to take here," Mr Younger is quoted as saying. "We need to decide the extent to which we are going to be comfortable with Chinese ownership of these technologies and these platforms in an environment where some of our allies have taken a quite definite position.

"We need to have a conversation. It's not wholly straightforward."

Huawei has effectively been frozen out of the US market, although it does provide equipment to a number of smaller players in the country, while Australia has banned its operators from using Huawei equipment in their 5G rollouts on national security grounds. The company’s role in 5G rollout in New Zealand is currently under review.

It has also been reported that the US is urging its allies to take similar actions.

The main basis for these fears is a perception that Huawei is linked to the Chinese government and that the use of the company’s equipment risks the possibility of backdoors that could be used for espionage.

Huawei declined to comment on this latest developments but has repeatedly denied such accusations, pointing out that it works with security agencies around the world and that it sells products to more than 500 operators in 170 countries without issue.

This includes the UK, where BT, EE, Vodafone and Three are all customers. Huawei kit in the UK is subject to monitoring by a dedicated GCHQ unit, but the National Cyber Security Centre (NCSC) has warned against the use of ZTE equipment.

Last month, Huawei revealed it had shipped more than 10,000 5G base stations outside China and had signed 22 commercial 5G contracts with foreign operators.