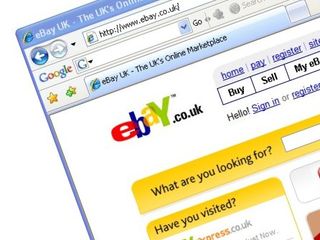 eBay pulled its advertising from Google US

eBay has removed its advertising from Google US - seemingly in protest at a publicity stunt that has backfired. Google decided to launch its Google Checkout payments service at the same time as eBay 's annual merchants conference. eBay owns payment service PayPal and it's thought that Google was trying to direct attention away from the eBay event.

According to the BBC , eBay spends around £12.6 million a year advertising on Google US - meaning its one of the very biggest clients for Google's AdWords service.

"This is part of an ongoing experiment to look at how we market across all media channels," explained eBay spokesman Hani Durzy to the BBC. However, he did comment on the Google move. "We don't view that kind of activity as an appropriate activity for one partner to do to another."

Google has now cancelled the event, saying on its blog: "After speaking with officials at eBay, we at Google agreed it was better for us not to feature this event during the eBay Live conference."