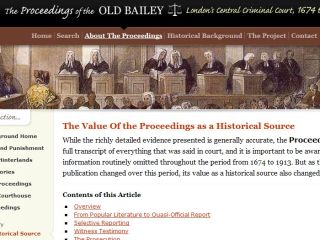 From Dr Crippen to Oscar Wilde the Old Bailey has overseen some of the most notorious trials in history – and now the records of those cases and thousands more are being put on the internet.

Wilde’s case is likely to attract a good deal of attention, who was famously jailed for "unlawfully committing acts of gross indecency with certain male persons".

Wilde was sentenced to two years of hard labour for his ‘crime’, whereas American doctor Hawley Crippen was hanged for the murder and dismemberment of his wife.

The searchable archive is available at www.oldbaileyonline.org.