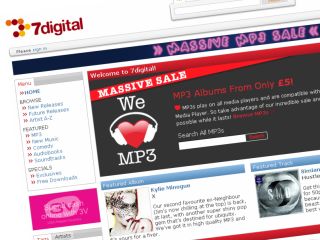 7digital: finally living up to its name

7digital has announced that it is partnering with Microsoft to bring its digital music service to Windows Phone handsets in early 2012.

As well as heading to Windows Phones, 7digital is working with Microsoft on Windows 8 which means the new OS will come with the music download services baked in.

"I'm not sure exactly when Windows 8 will launch but I'm guessing Q2 next year," said 7digital CEO Ben Drury - that may sound a little bit optimistic but the latest rumours put a Windows 8 public beta release at February 2012 so you never know.

7digital celebrated its seventh birthday this year, and the British company has gone from strength to strength over the past year, having expanded into the US and a number of other countries around the world.

At the company's annual meeting, which TechRadar attended (we were invited, honest), Drury revealed that nearly 100,000 new customers had signed up to its service in November 2011 alone.

The company's music library already comes with a number of manufacturers' products, including those made by RIM, HP, Samsung and Pure.