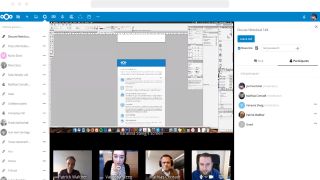 Nextcloud, the open source file sync and online collaboration technology, has announced it will be supplying the German federal government with a private, on-premises cloud platform as part of a three-year contract.

The Federal Information Technology Center (ITZBund), which manages IT services for the federal government, has been running a pilot of 5,000 users with Nextcloud since October 2016 and after a tender for a private cloud was won by Computacenter, the Nextcloud technology will now be rolled out to 300,000 users in ministries and other federal agencies.

Speaking to Der Spiegel, the ITZBund confirmed that the focus of the tender was “the construction of a private cloud for the federal government," to address concerns within the government for a platform that it fully controlled; that would not allow access to data by any third party; and that was fully GDPR compliant as the DSGVO (the German implementation of GDPR) will come into effect in May 2018.

Nextcloud has added significant collaborative features to it’s Dropbox-like, file syncing base since ‘forking’ the source code from ownCloud and setting up business in Stuttgart in 2016. In the latest release, Nextcloud 13, it announced end-to-encryption on a per-folder basis and Nextcloud Talk, an open source fully self-hosted, complete audio/video and text communication platform.

Speaking to Der Spiegel, Managing Director at Nextcloud GmbH Frank Karlitschek said, "Nextcloud is more secure than a public cloud solution because you can run our software in its own data center that you trust, and anyone can inspect the code, check for security vulnerabilities, anytime, anywhere and change if necessary."

All of Nextcloud’s code is fully, certified by OpenChain and backed by a Security Bug Bounty Program paying security experts for any vulnerabilities that they uncover.