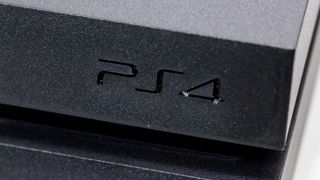 Sony looks up to the cloud

Update: And it's gone. YouTube has pulled the clip due to a hardly unexpected claim from Sony. We've replaced the dead video in the embed below with our own hands on from CES 2014.

Sony recently sent out private beta invites for its PlayStation Now service, and we knew it wouldn't be long before someone uploaded footage and rubbed it in our faces.

Sure enough, one user has seemingly uploaded footage of Killzone 3 being streamed to a PS3 from the PlayStation Now service.

There's a bit of delay before the game starts streaming but remember that this is still the beta version for now.

You can see a bunch of other playable games in the video too, including Dead or Alive 5, Puppeteer, Darksiders 2 and Ninja Gaiden 3.

PlayStation Now is set to officially launch in the US during mid-2014. Sony told TechRadar that it will be looking at the pickup Stateside before it considers a UK rollout.

We recently heard a rumour that only PS3 games will be streamed over the service, with Sony opting to emulate PS2 and PS1 games locally.