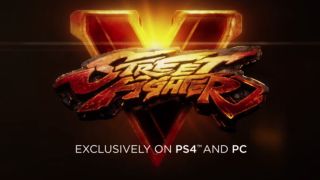 'I will meditate and then destroy you'

Hadouken! Capcom's just confirmed it's working on Street Fighter V, and the game's first teaser has revealed something pretty interesting: it's coming exclusively to PS4 and PC.

It seems someone at Capcom pressed the button too early as the trailer has now been taken down, but there were no other details to share beyond the fact that it's happening, and that it's not coming to Xbox One - at least for the time being.

There's always the chance this could turn out to be another finite exclusivity deal like Xbox's Rise of the Tomb Raider. Even if it is, it's a good retalliation move from Sony.

We've contacted Capcom to ask about the nature of this exclusivity deal and we'll update the moment we hear more.