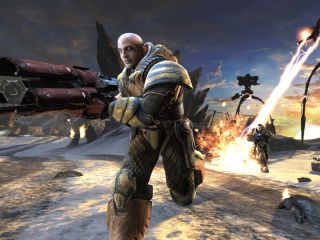 The video game addict, who weighed 150kg (23st 7lb), collapsed and died at the end of his marathon gaming stint. His parents and neighbours all blamed boredom for turning him into a gaming addict.

Reports in recent months have suggested that China has seen a rise in the number of internet addicts, and the country has started up a number of electro-shock treatment clinics to cure the problem.

It has been claimed that 10 per cent of China's internet users are heavily addicted.

In 2002, a woman tried to sue Nintendo after her son died from a seizure whilst playing a video game. In 2005, a South Korean man perished after playing multi-player Starcraft solidly for two days.