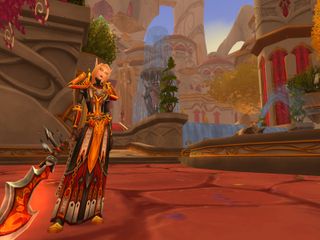 Playing World of Warcraft every night until 3am may not be the most sensible thing in the world - but it doesn't make you mental. Addiction experts have backed away from classifying video games as a mental illness, because they believe the problem isn't as severe as some other addictions.

"There is nothing here to suggest that this is a complex physiological disease state akin to alcoholism or other substance abuse disorders, and it doesn't get to have the word addiction attached to it," Dr Stuart Gitlow of the American Society of Addiction Medicine (ASAM).

Experts at the American Society of Addiction Medicine had been discussing video games because some 10 per cent of gamers are said to be seriously affected by their habit.

However the ASAM will keep video gaming under review and will discuss the subject again in 2012, reports Reuters.