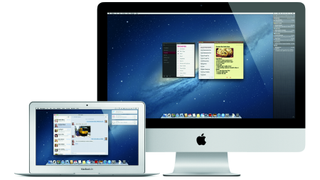 Apple has lifted the lid on the latest version of its OS X operating system at its annual WWDC event in San Francisco.

New features include tabbed finder windows that allow users to locate content using tags, and improved multi-display support, which has become a particular bugbear for Mountain Lion users using multiple displays in the past year.

The company has also made several improvements to Safari under the hood to improve performance, including the way the browser handles Javascript, alongside tweaks to the way it displays top sites and handles scrolling.

Apple also introduced iCloud keychain, which stores credit card details within the browser, and notifications have been given an overhaul to allow OS X to receive push notifications from directly from apps running on iOS devices.

Additionally, Apple has introduced a Maps app with the latest version of OS X that includes turn-by-turn directions and flyover data. It also has the ability to send route data directly to the lock screens on users' iPhones.

The Cupertino-based company has also revamped OS X's Calendar app to integrate with Maps, allowing users to look up travel times between two locations on the calendar to prevent them from scheduling anything in that period.

Another addition to Mavericks is iBooks, which provides access to the app's back catalog of 1.8 million publications. The new desktop app also allows users to zoom into and scroll through interactive books, change font sizes, and add annotations to the side.

Federighi confirmed that Mavericks will be available in Autumn.