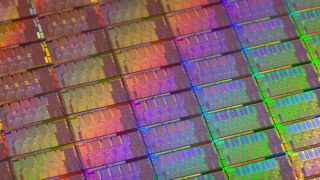 The most energy efficient Core processor yet

Announced at Computex 2014, the 12.5-inch tablet prototype is a new reference PC design that measures a mere 7.2-milimeters thin.

It's profile is impressive, but equally eye (or ear) catching is that it doesn't need a whirring fan to stay cool. With the extra weight of the fan taken off, the tablet weighs a stark 670-grams.

The device also comes with a clip-in keyboard and it could be the first in a long line of extremely thin tablets and laptops.

The silicon maker described its new 14nm chipset as the most energy efficient Core processor in the company's history. According to Engadget, the new system-on-a-chip boasts a 20% to 40% performance improvement while lowering power needs by up to 45% and producing 60% less heat.

We've already seen some slender devices such as the Microsoft Surface Pro 3, but in our review the obtrusive fan still holds the device back by making it unnecessarily noisy.

With Intel's Core M processor we could finally see more tablets become as light as the iPad Air while still having all the power to run a full version of Windows 8.1.

Beyond tablets, laptops such as the rumored 12-inch MacBook Air could become even slimmer as they also move to a fan-less, passively cooled design.