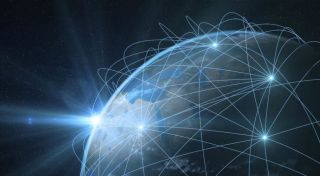 China Telecom recently experienced a significant outage that lasted nearly eight hours and affected many Western sites and services such as Apple, Amazon, Microsoft, Slack, SAP and others.

The packet loss continued sporadically over several hours and primarily impacted network infrastructure in mainland china but China Telecom's network in Singapore and in multiple points in the US including Los Angeles.

At its peak, ThousandEyes detected over 100 services that were disrupted as a result of network conditions in China Telecom's global backbone.

The outage has now been resolved but it serves as an example of how well connected China is to external sites and services when it comes to serving commercial interests.

China's internet service providers (ISPs) do block some Western sites and services but when it comes to cloud-based business services, their standard operating procedure is to allow access to them. Allowing access to these types of sites from within China serves the country's interests by allowing both domestic and foreign-based organizations to conduct business more effectively.

ThousandEyes research into the outage also shed light on the fact that Chinese ISPs such as China Telecom have a global presence. The scope of infrastructure controlled and managed by China Telecom extends far beyond China's geographic borders and the provider also maintains global interconnects, peering with service providers in a number of locations across the globe.

Additionally, this and previous global outages show how connected the internet really is even in countries like China and Russia which have stricter controls on what sites can be accessed within their borders. When an ISP experiences outages, the ripple effect is felt across the rest of the internet.