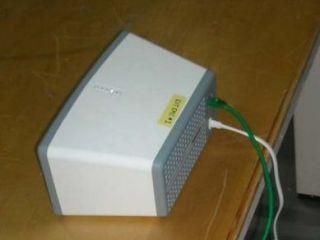 Sonos Play:3 unveiled in new FCC filing in the US

Sonos is set to release a smaller, more affordable self-contained system to complement the ZonePlayer S5 later this year.

The news comes courtesy of a new FCC filing over in the US, with no official word on the matter as yet from Sonos UK.

The Sonos ZonePlayer S5 has proved popular with critics and consumers alike, although at a shade under £350 it is still outside of many casual users' budgets.

Hence it's no surprise really that Sonos is releasing the (tentatively titled) Play:3 soon, which looks like it should be the ideal system for a kitchen or bedside table.

The new Sonos box will support ethernet alongside wireless pairing to a ZoneBridge, should you have one of those in the lounge already.

We will of course bring you official word on release plans and pricing from Sonos as soon as we have them.

For now, feast your eyes on the FCC test configuration photo that you can see top right just here, which gives you a good idea of the size of the new Sonos kit.