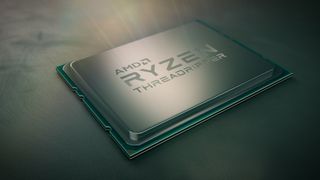 Word from the processor grapevine claims that AMD could be planning a major added bonus with its flagship Threadripper CPUs, in terms of bundling these offerings with water-cooling.

According to Japanese tech site Hermitage Akihabara, AMD’s top-of-the-range models, the Threadripper 1950X and 1920X, will come bundled as standard with a water cooler (for more effective cooling than the traditional fan setup).

Obviously these are very beefy processors, and for those who want to try and really push those multiple cores, a water-cooling solution will certainly help in the quest for the highest clock speeds.

Assuming this speculation is on the money, the question is whether the pricing of these processors that AMD announced last week includes this bundled liquid cooling solution – or whether that will cost extra (and if the latter, presumably you’ll get a choice of liquid or air cooling).

As Techspot, which spotted this development, points out, a few years back AMD bundled water-cooling with its FX-9590 CPU, and in this case that added a $65 (around £50, AU$80) premium to the price tag. Although that represented a saving of nearly half on buying the cooler in standalone form.

To be honest, even if water-cooling does add a bit of extra cost, when you look at Intel’s comparable Core i9 processors, these top-end Threadrippers are still going to represent superb value-for-money.

As ever, we’ll just have to see how things pan out and if there is indeed any weight to this chatter – again, remember at this point, it is just a rumor.