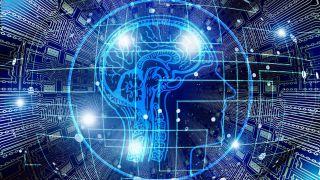 The UK is at risk of losing its place as a technology leader due to a slowdown in artificial intelligence (AI) development, a new report has warned.

Research from Microsoft has claimed that British businesses face losing ground to international rivals due to sluggishness in getting AI embedded in their workplace.

Less than a quarter of UK companies had an AI strategy in place, the report found, meaning the country could soon fall behind in being a pioneer in what is one of the fastest-moving and evolving areas around today.

Microsoft’s report, which interviewed over a thousand UK firms, claims that those organisations utilising AI are outperforming competitors by as much as 11.5 percent, showing the benefits the technology can bring.

The study suggests that the UK’s possible slowdown could be down to many companies being unsure about how to scale their use of AI. Although many said they wanted their organisation to lead the way in AI innovation, a significant proportion (66 percent) had no idea how to evaluate the business benefits the technology could bring.

Over three-quarters (76 percent) of UK organisations are unclear if they have an AI strategy in place at all, despite over half of businesses saying they did use the technology in the workplace.

There also seems to be a major issue around communication, with 96 percent of employees say they have never been consulted by their boss about the introduction of AI, and 83 percent of leaders saying they had never been asked about the technology by their workers.

“Given this moment, where both UK leadership and competitiveness on the global stage is more vital than ever, there is no doubt that fully embracing AI-led digital transformation is a critical success factor for UK businesses, government and society.”