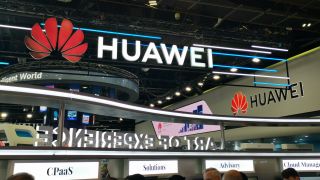 The Pentagon has decided to overturn its decision to block any further clampdowns on the Chinese tech giant Huawei.

This latest development means that it would become increasingly difficult for US companies to supply materials to Huawei.

A high-level meeting set to be attended by high-ranking officials including Commerce Secretary Wilbur Ross, Defense Secretary Mark Esper and Treasury Secretary Steven Mnuchin, is scheduled to take place on February 28th, where the final decision will be made.

Previously, the Pentagon had expressed reservations on imposing further restrictions on Huawei, stating that this decision will impact the US companies involved in the semiconductor industry. It also suggested that the lack of business with Huawei will also derail the R&D activities carried out by these companies.

However, these concerns were overruled by the Defense Department's undersecretary for policy, John Rood.

Going by the current policies, high-tech products and components shipped to China from other countries with 25% or less US-made components may not need a license. US companies had been exporting materials to Huawei through subsidiaries or foreign partners.

However, the US now wants to bring this limit to 10%, making it extremely difficult for Huawei or its subsidiaries to get components like chips, semiconductors etc. from the US.

The Commerce Department has confirmed that it “continuously reviews and updates export controls to address the challenges of accelerating technology diffusion and innovation.”

It also added that “scope of the current de minimis threshold for controlled items, as well as the foreign direct product rule, to listed entities, are controls under review.”

The Trump administration blacklisted Huawei last year, accusing it of working closely with the Chinese government, and urged other countries to not work with the company.