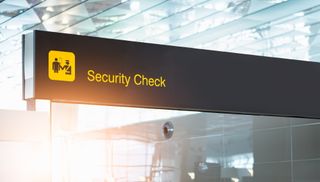 The system uses facial recognition technology for check-in, security clearance, and boarding, meaning passengers don’t have to show an ID, hold tickets or boarding passes, or scan a QR code.

Paperless luggage tracking is powered by a reusable RFID luggage card. Passengers use a smartphone application to enter a flight number and destination, allowing them to track their luggage on their handset.

The additional capacity afforded by 5G networks is essential for such an important application. Huawei says 5G speeds at the airport are in excess of 1.2Gbps – double what is possible with 4G.

“These services, delivered through the use of 5G, AI and AR, set the standard for a new generation of smart airports,” said Huawei. “This makes the airport a new model for utilising a 5G Gigabit network in the civil aviation industry.”

Daxing Airport is due to open at the end of the month and will become the world’s busiest, capable of handling 45 million passengers by 2021. In addition to the smart travel system, airport authorities will use surveillance technology to ease bottlenecks at security and at immigration.

However with the volume of passengers increasing each year, automation is seen as a vital tool to maintain efficiency. ePassport gates in the UK check a passenger’s face against the image stored in a passport chip, while automated gates are being trialled at some airports.