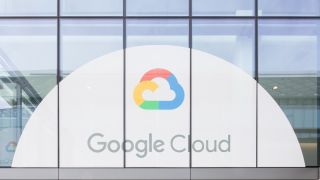 Alphabet has reported its fourth-quarter and full-year financial results revealing that the company's revenue grew from $39.3bn in 2018 to $46.1bn in 2019. At the same time, the company's net income also expanded from $8.9bn to $10.7bn over the same time period.

However, when compared to expectations, these figures were mixed as Alphabet managed to beat analyst estimates on profit but missed on revenue.

The company's reported Q4 and full-year 2019 results stand out from previous results because this is first time that it disclosed the revenues of both YouTube's advertising business and Google Cloud.

YouTube brought in $15.1bn in 2019 revenue, which is up from 11.2bn in 2018 while Google Cloud's revenue shows that the search giant is making headway in the cloud wars against Microsoft and Amazon.

Back in 2018, Google Cloud's former CEO Diane Greene was proud to report $1bn in quarterly revenue for the group. After Greene stepped down last year though, former Oracle executive Thomas Kurian took over and he brought several industry veterans from Oracle and SAP along with him in an effort to help sell Google Cloud to the enterprise.

As for Alphabet's competitors in the cloud space, Amazon's cloud revenue came in at just under $10bn for the quarter while Microsoft reported a combined cloud revenue, which includes its SaaS products such as Office 365 and Dynamics along with its cloud computing division, of $12.5bn for the quarter.

Google Cloud certainly still has some catching up to do but its recent financial results show that the company is making progress towards that goal.