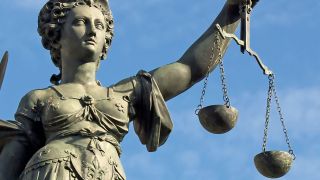 The hammer hovers above Google's head while they attempt to settle

Joaquin Alumnia, Europe's antitrust chief, has given Google one "last opportunity" to settle allegations it is abusing its dominant position before he pursues legal action.

The head of the European Commission's competition unit has been pursuing an antitrust complaint against the search giant since 2010. Google has provided two proposals to settle, but both were rejected. The company is believed to be preparing another one.

Almunia told reporters on Wednesday: "let's see if Google can improve their proposal or we go the traditional route."

That route would include a formal Statement of Objections which could then see a protracted court case and potentially fines of up to 10% of Google global revenues – which would amount to billions of dollars. There has been a precedent, with the EC previously having won these cases against Microsoft and Intel.

Feedback from rivals and complainants to the two proposals from Google had been clearly negative, Almunia added. Google declined to comment on Almunia's remarks.

Google dominates the market for web search in the EC, where it gets more than 90 per cent of searches compared to around 70 per cent in the US.

Almunia in October reiterated the areas he sees as "problematic", including Google's favouring of its own services in web searches, the disuse of original content from third party sites in results, preventing publishers showing ads from rivals on websites using Google ads, and contractual hurdles to exporting search advertising campaigns from Google's platform.

Any restriction that the European Commission might place on Google, would be valid only the in the AU – which has led to complaints to suggest that Google might try to elude any restrictions.