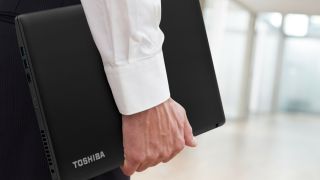 Algorithms are where the real value lies

It's no good just having data – it's what you do with it that counts. In five years, one million new devices will come online every hour, creating billions of new interconnections and relationships, and producing more and more data. But these relationships will not be driven by data, but by algorithms.

"Data is inherently dumb," says Peter Sondergaard, senior vice president at Gartner and global head of research. "It doesn't actually do anything unless you know how to use it, and how to act with it – algorithms are where the real value lies," he adds. "Algorithms define action … dynamic algorithms are the core of new customer interactions."

Forget big data, it's time for big algorithms – and an algorithmic economy.

What is an algorithm?

Using a set of rules to follow in making calculations – algorithms – is how many of today's most famous websites and services work their magic. Netflix recommends what you should watch by monitoring what you've watched, and what everyone else who has watched what you have, subsequently watched.

Confused? While the process of crowdsourcing data from all users of a service might seem complex, for a computer it's very simple. The magic is all in the dynamic algorithm used to make calculations in the cloud.

Other examples include Amazon's recommendation algorithm, and the Waze algorithm that directs thousands of independent cars on the road. "Products and services will be defined by the sophistication of their algorithms and services," says Sondergaard.

"Big data is a myth – it's about how you use the data, which comes down to algorithms and analyst scores," says James Blake, CEO at unstructured data insights company Hello Soda. "Algorithms do break down billion of records and filter them into clear, actionable insights." This is how we grow a truly global digital economy.

Interconnections, relationships and algorithms are defining the future of business, not big data. "If you are still talking about big data you are missing the point, both conceptually and in terms of the opportunities," says ex-CERN physicist Prof. Dr. Michael Feindt, founder of predictive analytics and big data firm Blue Yonder and creator of the NeuroBayes algorithm. "Everyone has big data now, but raw data on its own provides no value."

Feindt knows what he's talking about, having created the NeuroBayes algorithm for CERN that is used in particle accelerators to filter out interesting collisions from the non-interesting. NeuroBayes, and other algorithms, have been helping particle physicists since the 1990s, but the commercial world is only now realising their importance in business.

For instance, Feindt's algorithm is not only still in use at CERN, but it is now helping retailers across the globe both predict and automate decisions made from data. "2016 will be the year that more and more decision-makers understand the power of the algorithm," says Feindt, adding that the vast new tranches of data and its exchange between connected devices in the growing Internet of Things will be the catalyst for a new 'age of the algorithm'.

"Big data is just a pile of raw material, without tools you can't do anything – algorithms are the tools to turn the raw data deposits into knowledge gems," says Jamie Turner, CTO of global software company PCA Predict and customer experience start-up Triggar. "Simple analytics and basic algorithms are the stone age tools of simple metal-bashing."

The end-game for the algorithmic economy is enticing. "Truly empowered customers and businesses getting what they want, when they need it, without the delays and frustration of old world application/acquisition processes," says Blake.

What is the algorithmic economy?

"The algorithmic economy includes businesses that are best at building data products," says Sean Owen, Director of Data Science at Cloudera. "A data product gets better with use since it can learn from use – it's not just an algorithm that makes a great data product, it's the automation of learning and size of the feedback loop."

However, not everyone agrees that we've entered some kind of age of the algorithm. "Today competitive advantage is built on data, not algorithms or technology," says Owen. "The same ideas and tools that are available to, say, Google are freely available to everyone via open source projects like Hadoop or Google's own TensorFlow."

He's right, of course – their infrastructure can be rented by the minute, and rather inexpensively, by any company in the world. But there is one difference. "Google's data is theirs alone," notes Owen.