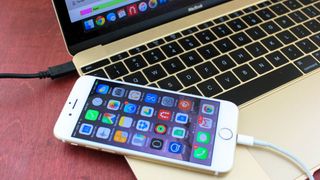 President Donald Trump has reportedly told Apple CEO Tim Cook that iPhones assembled in China will not be subject to any tariffs imposed by the US government amid heightening concerns from the technology industry that it might be a pawn in a trade war between the two countries.

The New York Times claims Cook met with Trump to receive assurances and stressed the negative impact that such levies would have on Apple and the economic value it brings to the United States.

Electronic equipment was largely excluded from Trump’s list of tariffs, but a revised list suggested that some chips could be included.

China is a huge market for Apple, accounting for nearly a quarter of its global revenue. Since replacing Steve Jobs as chief executive in 2011, Cook has successfully courted Chinese operators and the government.

The availability of iPhones in the country has seen a significant rise in revenue at a time when smartphone saturation and a perceived lack of innovation has impacted growth in more developed markets.

Cook has made frequent visits to China to maintain these relationships and ensure its partners are not seduced by cheaper, local alternatives like Xiaomi and Huawei, and to ensure the government doesn’t do anything to hamper its prospects. Apple has made several concessions to Beijing, including the storage of customer data in Chinese data centres and the blocking of applications on the App Store that have objectionable content.

The newspaper reports that Apple is worried it could be caught in the crossfire of tit-for-tat sanctions. For example Apple could face supplies in its supply chain or its devices could be scrutinised on ‘national security’ grounds.

Huawei and ZTE have found it near-impossible to sell their smartphones and telecoms equipment in the US because of security concerns and Apple might be the most obvious target for retribution.

However it is worth noting Trump’s efforts to ensure the survival of ZTE. Earlier this year, the company was hit with a seven-year ban from obtaining services and products from US suppliers, placing its future at risk.

Trump personally intervened to secure a proposal that would see ZTE pay a $1.4 billion fine and overhaul its board and management in exchange for the ban to be overturned.