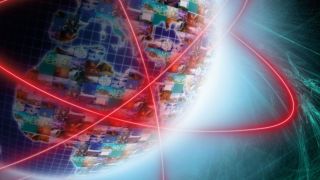 Almost one in six people in the UK are now using a VPN (or proxy server) with their internet connection – and half of those folks have turned to a VPN in order to get access to region-locked sites or services, according to new research.

YouGov’s ‘Incognito Individual’ report found that 16% of British adults have used either a VPN or proxy server.

And when questioned as to the reason why, the most prevalent answer from 48% of respondents was that they wanted access to region-locked websites. In other words, geo-restricted content that’s only supposed to be experienced by people from a certain country.

24% of those surveyed said they used a VPN to access sites which are blocked at home or work, and the same percentage had VPN software to cut down on the amount of targeted adverts they’re forced to watch. Decreasing spam was the goal of 19% of respondents who had used a VPN.

YouGov’s survey also questioned people about the dark web, and found that more and more have heard of it – 65% of respondents now, in fact. However, only 6% admitted to having used the dark web; although a further 6% said they’d use it in the future.

Nasra Aharchich of YouGov Reports observed that: “The number of people using VPN is significant enough to provide a headache to those services which use region-based access.”