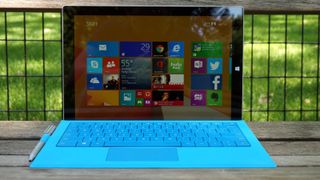 Microsoft's Surface range has gradually gained traction and become pretty popular these days, although the hardware isn't without its issues - and the latest to emerge is a rather worrying possible fire hazard.

The problem is with the power cable for the Surface Pro, and it affects all the tablets in the range which were purchased before July 15, 2015. (So that's all Surface Pro models save for the latest Surface Pro 4, which wasn't released until after that date.)

Apparently if the power lead is twisted or pinched on a prolonged basis, there's a chance of overheating and thus a potential fire risk.

Microsoft said in a statement: "As a result of damage caused by AC power cords being wound too tightly, twisted or pinched over an extended period of time, a very small proportion of Surface Pro customers have reported issues with their AC power cord. We will be releasing details of how customers can obtain a free replacement cable shortly."

Update: To see if you qualify for a free replacement and start the exchange process, head to the website Microsoft created for the occasion. You can also reach out to Surface Support for questions related to your Surface Pro.

Careful with that cord...

If you Surface Pro that you purchased prior to last July, it would be prudent to take notice of your power cord and ensure it's not twisted up in any way when it's plugged in.

While not affected by this problem, the new Surface Book and Surface Pro 4 have been dogged by plenty of issues of their own, to the extent that at the end of last year Microsoft issued an apology for the trouble caused to early adopters of the new hardware.