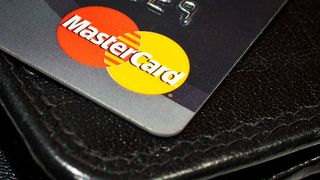 Mastercard is looking to make blockchain transactions easier for everyone with a new payments system.

The company has applied for a patent concerning a simpler way to tie cryptocurrency payments to real-life accounts.

The patent application, which was submitted to the USPTO, covers a, "Method and system for linkage of blockchain-based assets to fiat currency accounts". Fiat currency concerns legal tender backed by an issuing government, such as dollars, pounds or euros, meaning customers would be able to tie their cryptocurrency such as Bitcoin to their Mastercard account.

This should mean a more consumer-friendly way to make cryptocurrency payments, greatly speeding up the transaction time, and also providing a significant security boost for the payee.

Mastercard notes in the application that blockchain-based transactions often take around ten minutes to be completed, due to the large amounts of computer processing time and resources required to verify and update the blockchain.

"Consumers and merchants that are accustomed to fast transaction times are often either forced to wait a significant amount of time for a blockchain transaction to be conducted, or the payee must rely on the payer's good faith that their transfer will be valid," the company added.

"In such latter instances, the anonymity of the blockchain may leave the payee at a disadvantage, because the inability for the payee to identify the payer may prohibit the payee from utilising various risk or fraud detection methods."

"There is a need to improve on the storage and processing of transactions that utilise blockchain currencies," the company said.

"Accordingly, the use of traditional payment networks and payment systems technologies in combination with blockchain currencies may provide consumers and merchants the benefits of the decentralised blockchain while still maintaining security of account information and provide a strong defence against fraud and theft."