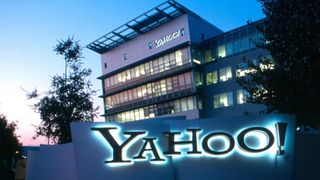 Update: The deal has now been confirmed. Verizon has announced that it has acquired Yahoo for the tidy sum of $4.8 billion (around £3.7 billion, AU$6.4 billion), for which it will get the core internet business of the company.

The deal doesn't include Yahoo's cash or shares in Alibaba (or other shares, for that matter).

A source told Reuters that the Verizon-Yahoo deal will be announced today, before trading hours in New York kick-off – the stock exchange opens at 9:30 EST, just over four hours from now, so we'll likely hear about this later on this morning, or very early afternoon.

If the speculation is on the money, that is – although other sources have already pointed to this happening late last week, so there's certainly plenty enough 'smoke' surrounding this one, and the 'fire' is likely to be revealed shortly enough.

Verizon acquired AOL just over a year ago for a similar sum, picking up its media publications and internet might, along with plans to bolster the mobile streaming side of its business.

Obviously, the acquisition of Yahoo would fit with AOL nicely, with plenty of synergy in terms of driving for more traction and becoming a bigger internet player.

Yahoo has struggled to remain relevant for quite some time now (with CEO Marissa Mayer making moves such as purchasing Tumblr a few years back), although it still has some powerful strings to its internet bow, not the least of which is Yahoo Mail – which is used by some 300 million. And Yahoo's homepage is still very well trafficked.

There has been plenty of discussion in recent times about Yahoo's fate, but it seems we could be just a few hours away from knowing for sure what the future holds for the company.