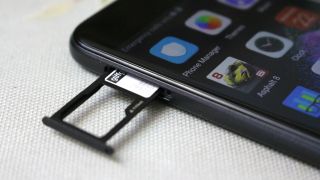 Look out Samsung, there’s a contender coming up on the rails. And it’s getting closer - in eastern Europe at least.

Huawei is the kid on the block when it comes to market share, according to ad network AppBrain, but it’s a kid with a lot going for it.

In several countries, including Poland, Portugal and Spain,  the Huawei P8 Lite is now the most used Android phone, while it’s the second most popular in Italy and the Czech Republic.

While the company has still some way to go to make headway in western Europe, where its market share remains in single figures, it has a market share in Finland of a hefty 27.5% of all Android devices. And while it’s not reached those heights in any other country, it has still notched up 18.9% of the Android market in Italy, 17.2 in the Czech Republic, 16.7% in Hungary and 16.1% in Poland.

Samsung is still a long way ahead of the field, however, with market share in western Europe for Android devices somewhere around 55 to 65%.  The brand is not quite so popular in central and southern Europe, notching 39.8% in Poland, 40.3% in Spain but only 33.2% in Czech Republic and 36.2% in Slovakia.

It’s not all about these brands, other companies appear across Europe. In Spain, for example, BQ has 11.8% of the market (and 2.2% of the Portuguese) but appears nowhere else. The more usual suspects – Sony, Lenovo, LG, Motorola and others - do have presence but a long way behind Samsung.