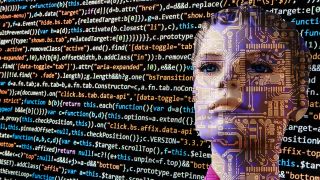 Sergey Sviridov is the Head of R&D at ZYFRA. He is an expert in machine learning and artificial intelligence and a lecturer at the National Research University Higher School of Economics. He co-founded of the largest Russian-speaking data science community ODS.AI.

Slides about the advantages of AI technology have long been a part of company presentations. Analysts project explosive growth of this market in the next few years. According to a report by Gartner, the AI-based chip market is expected to grow annually by 52%, from $4.27 billion in 2018 to $34.3 billion by 2023.

Russia’s Rostec corporation is even more optimistic, forecasting growth of $59.75 billion in the global AI systems market by 2025.

It is clear that the industry has now reached critical mass, with a range of companies offering ready-made working solutions. In the very near future, there will be a game-changing step forward - Industry 4.0. Total digitalization of industrial production will become the main driver of the fourth industrial revolution.

Only after mass adoption of new technologies in major global companies can one expect the emergence of fully automated production companies.

As of now, this fast-growing branch is ready to embrace new players and there are many new tech startups on the market offering their own digital solutions. According to the mass media, while the top 10 global AI startups, including Toutiao, Sensetime and Argo AI, have raised more than $9 billion, smaller companies are also looking for a place in the sun. However, their prospects are not as bright as they seek to portray in presentations for investors. There are still no unified standards in the industrial digitalization market, and the introduction of IT startups solutions is becoming wasteful and unjustified in terms of the financing process.

That said, major companies such as Siemens, Mitsubishi, and General Electrics are still in a stronger position, because they have experience of developing and implementing production standards, as well as manufacturing their own equipment. Corporations are targeting their efforts on the creation of integrated platforms that will allow further scaling of the process of deploying new solutions, in parallel with delivery and maintenance of equipment.

In this ecosystem, small companies are forced to adjust to the industrial majors and to sell their solutions in various technology marketplaces based on the requirements of large vendors. The alternative solution for startups is to enter the markets of countries where, for one reason or another, the global leaders have only a limited presence. The production enterprises of China, India and a wide range of African countries are accessible to small IT companies, but it is important to realize that these currently represent only 30% of global industrial digitalization.

In the future, young technology companies will have to either be satisfied with a "piece of the pie" and try to share it among themselves, or become a part of some of the world’s largest corporations, as has already happened with a whole range of promising companies.

Fanuc, one of the largest makers of industrial robots in the world, invested $7.3 million in a startup called Preferred Networks in 2015, and within a few months demonstrated a self-learning robot at the Tokyo Expo. In 2016, US giant General Electric acquired Bit Stew Systems and Wise.io in order to improve its own Predix platform that connects large machines such as aircraft engines with databases and analytical software.

In 2017, Ford Motor invested $1 billion in Argo AI, an autonomous vehicle startup that was practically unknown then. In February 2019, Argo AI announced that it will spend $15 million to form a self-driving car research center. Also, in February 2019, Rockwell Automation and Schlumberger entered a joint venture agreement to create Sensia, the Oil and Gas industry’s first fully integrated automation solutions provider.

A report by PwC says that in 2018 AI-related startups raised $9.3 billion in the US as compared to $5.4 billion in 2017 (a 72-percent increase). The period from 2013 to 2018 saw a $8.2 billion surge in financing that AI startups raised from venture capital funds. Around 42% of the AI companies acquired since 2013 have had VC backing, according to CB Insights’ report, and there is an acute shortage of talent in AI startups.

In recent years, AI startups have drawn the attention of IT giants as well as industrial corporations. In 2018, it was reported that Microsoft had bought a small company called Bons.ai, which Microsoft said would give a boost to its AI research using the Azure cloud platform.

In 2012-17, among the top acquirers in the race for AI startups were Alphabet (Google), Apple, Microsoft, Intel, Amazon, IBM, Oracle and others, says CB Insights. Big IT business has several reasons for investing in AI. Apart from their own needs, they use the acquired startups to develop AI tools for other industries. For example, Microsoft during the past 2-3 years has signed agreements with most major Oil & Gas companies on the cloud storing of their data and analyzing them in real time.

Similar scenarios are common in traditional industries such as metals, mechanical engineering and mining. If AI startups strive to develop business on their own, they have to create a new production paradigm. Young tech players should focus on innovative industries such as nanotechnology, biotechnology and additive manufacturing because large vendors have so far concentrated their efforts on more profitable markets.

Sergey Sviridov is head of R&D at ZYFRA