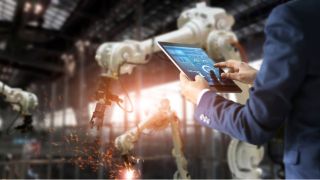 Fears that the ongoing coronavirus outbreak could have a major impact on the mobile industry have been eased slightly by reports Foxconn plans to increase production levels.

There have so far been more than 44,000 confirmed cases of the virus in China, resulting in 1,100 deaths.

With China being both a major manufacturing hub, supplier of components, and significant market for the sector, there are concerns the disruption could be significant.

Many companies have instructed employees to work from home and to minimise travel, however the technology sector is viewed as a “critical” industry, exempt from many restrictions. Huawei and Samsung are among those that have continued to operate production facilities.

Foxconn is a key assembler for many major device manufacturers, most notably Apple. Reports suggest the company plans to restore production to half of its usual levels before the end of the month and by 80 per cent by March.

Qualcomm and Apple have both issued wider revenue forecasts than usual because of the uncertainty caused by the crisis and the impact on the supply chain. Apple has also temporarily closed its retail outlets in the country.

There are also growing doubts that the annual Mobile World Congress (MWC) in Barcelona will go ahead as planned. Several major mobile and technology firms have withdrawn due to health concerns and it is reported the GSMA will decide whether to proceed later this week.