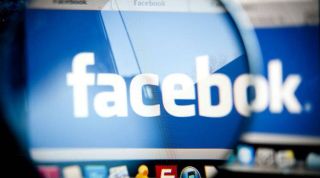 Facebook has been called out for allowing a number of tech companies, including smartphone manufacturers, access to a sea of data about its users.

Reports claim 60 device manufacturers, including the likes of Apple, Samsung, Microsoft and BlackBerry had partnerships with Facebook allowing them access to user data. In return, manufacturers could offer customers features like messaging or the 'like' button.

The problem with the deal, however, is that it breaks compliance with the 2011 consent decree from the Federal Trade Commission (FTC), and means that manufacturers could also access the data of users' friends, without their unequivocal consent.

According to the New York Times, some device makers could get data from users' friends that believed to have blocked any and all data sharing.

These partnerships are still active, even though Facebook started toning them down a few months back.

Facebook defended its position, saying the partnerships are in line with its privacy policy, with the Federal Trade Commission's agreement, and that it limited how the data could be used.

“These partnerships work very differently from the way in which app developers use our platform,” said Ime Archibong, a Facebook vice president. Unlike developers that provide games and services to Facebook users, the device partners can use Facebook data only to provide versions of “the Facebook experience,” the officials said.

Different companies said to have been using data for different purposes. Apple, for example, says it used the partnership to allow its users to post photos to Facebook without actually bringing up the app. BlackBerry said the deal was used to give customers access to their Facebook networks and messages.