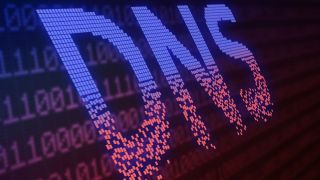 January 28th has come and gone, leaving in its wake the ever-growing reminder of the importance of protecting personal information online. While it applies to both private citizens and corporate networks alike, Data Protection Day began in Europe to raise awareness on personal data privacy rights, and has deep undertones to businesses.

The effects of their non-compliance with GDPR regulations should begin to accelerate this year, with Gartner predicting upwards of a billion euros in issued sanctions by the end of 2021. This makes it even more important to keep security top-of-mind throughout the year, particularly when it comes to backdoors into a network.

While most security tools block data transfer mechanisms like File Transfer Protocol (FTP), common internet protocol like the Domain Name System (DNS) are often left unsecured giving attackers a loophole; one where connections to arbitrary servers aren’t blocked. Hence, the DNS protocol is widely recognised as a prime target for data exfiltration. In a study conducted in 2018, it was highlighted that 33% of companies were victims of data stolen via the DNS, so exfiltration via DNS has become a major concern to businesses in the midst of becoming compliant to data privacy laws.

This type of breach can be extremely difficult to detect, as it often closely resembles typical network traffic, meaning incidents often only become noticeable long after exfiltration has already been achieved. To ensure compliance, the need to protect data and detect exfiltration attempts in near real-time has increased. Firewalls alone are not good enough anymore so need to be complemented with DNS security solutions which provide context-aware behavioural analysis of DNS traffic, at the same time helping eliminate risk of false positives.

In the above-mentioned study, 38% of surveyed companies reported the prioritisation of monitoring and analysis of DNS traffic for helping ensure data confidentiality. Yet despite this acknowledgement of the importance to protect, companies are still fraught with DNS-based breaches, costing them not only their reputations, but also their time and money. The average cost of damages soared in the past year according to survey results, totaling $715,000 per attack, a 57% increase from 2017. This kind of report data proves that DNS security must be considered a key component of any company’s overall network security strategy.

Some key recommendations to consider:

Data Protection Day serves as an annual reminder that no one is safe unless steps are taken to defend consciously and thoughtfully. We’ve been conditioned over the past few years to treat data breaches of major corporations as commonplace. A movement dedicated to safeguarding personal data is required in the current ecosystem- with accountability and a consumer-first mentality being key.

Maintaining control of their own information has become a priority to modern individuals, and preserving those individuals’ trust is paramount for businesses. We can only hope that preventative action supports these notions, and continues to evolve alongside the threat landscape into the future.