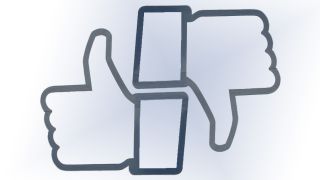 Facebook has developed a prototype Blu-ray storage system capable of holding 1 petabyte of data, a move that could revitalise the Blu-ray industry.

The social media giant is about to step on toes in the storage market by delivering on a promise it made at last year's Open Compute Summit to use Blu-ray discs as a replacement for current cold storage systems.

The prototype, revealed by Facebook's VP of Engineering Jay Parikh at this year's summit, achieves the petabyte figure by using 10,000 Blu-ray discs in one cabinet, according to GigaOM. There are also plans to boost this up to a not too shabby 5 petabytes per cabinet.

Parikh said the new system would cut storage costs by 50 per cent and reduce energy consumption by 80 per cent, which should please the capitalists and environmentalists alike. They will also last for 50 years, easily trumping the survivability of existing hard drive storage.

A ray of hope

The novel approach to cold storage could give Blu-ray a much-needed boost in the face of a shift away from disc storage to online streaming. With Netflix set to slowly ramp up its 4k efforts, and the Blu-ray Disc Association hoping to get a decent slice of the ultra high-definition market, a basic storage system could increase Blu-ray sales significantly.

Just in case you think Facebook is only experimenting at this stage, consider that it already has its first Blu-ray cold storage site in production, hosting 30 petabytes of data. It also plans to launch another in the near future, and expects to reach 150 petabytes within months.

If Facebook ever does lose most of its members, as Princeton University predicts, it could always consider becoming a data storage company. There's nothing wrong with having a backup plan.