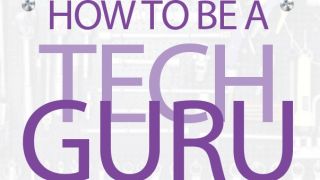 'Expert' is a relative term – by which we mean it's a term that our relatives use. W've spent years being called experts, but the reality is that every family has its own expert. To qualify, you just need to be the youngest adult in the room that owns a PC.

Sooner or later, your grandma or your uncle or your sister-in-law will mention that their laptop is broken or iTunes keeps crashing and you'll feel guilted into taking a look at it. Whether or not you ultimately manage to fix it makes no difference – you'll still be the computer expert.

After all, you've just spent a frustrating Sunday afternoon downloading drivers or booting in and out of Safe Mode, so you must know what you're doing.

But this is no way to live. Nobody wants to be that sort of expert. It's not effective and the hourly rate is terrible.

There are people who enjoy pointlessly fiddling with computers, but you aren't one of those people - and neither are we.

What we all want is to spend the minimum time fixing computers and the maximum time using them. It doesn't matter whether you are fixing your own computer, doing a favour for a relative or even fixing computers professionally, the goal is always to find the quickest, simplest fix that works.

That's the difference between an expert and a guru. A guru can listen to a long, rambling list of unrelated symptoms and decide which ones need fixing and which don't. A guru Googles quickly for the right answer. A guru understands when to spend time on a problem and when to spend money.

Most importantly, a guru doesn't spend his spare time swapping RAM or reinstalling Windows - he spends it playing PC games. A guru enjoys all of the kudos of being an expert, with none of the hassle - and we are going to teach you how to be one.

Let's start with your own PCs. You need two: a desktop and a laptop (or even a tablet). It means that whichever one breaks, you've got another one to use for Googling solutions.

Put the desktop PC on the table, not the floor, and turn the case so it faces sideways. If you have it with the front facing towards you, like most people do, the rear becomes a stagnant tangle of cables that never gets dusted. Some of that dust will get pulled back into the case and coat your motherboard, which means the poor clearance interferes with case ventilation.

Back up both of your PCs once a month without fail. These should be complete clones of the entire hard disk using software such as Acronis True Image onto an external USB drive that is at least as large as the internal drive in your PC. Use a different backup drive for each PC.

Also don't keep you documents on the internal hard disks at all. Put them in cloud storage, like Dropbox or Google Drive. This entirely saves you from the responsibility of backing up those small, important, frequently changing files, which is most of what you need a backup for in the first place.

Those clone drives are just there for disaster recovery.

"Google-Fu" is a martial art that gets better with some practise, but here are some quick tips to help you sharpen your searches.

Don't Google the question, Google the answer. "Fallout 4 crashes randomly" will give you dozens of forum posts from complaining gamers, but the answers will mostly be a mixture of bland boilerplate advice,requests for detailed crash logs, and suggestions of things to try, with replies saying that this didn't help.

Instead, Google "Fallout 4 patch notes" and you can quickly skim the list of bug fixes to see if any of them address your problem.

Use the wisdom of crowds. Don't look for a definitive "right" answer – skim all the sites on the first page or two of search results and look for common patterns. If a fix is confirmed on several sites, it's more likely to be reliable.

Current page: How to be a tech guru