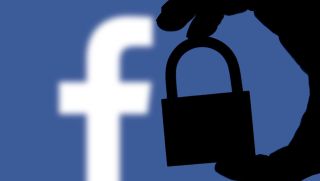 The private emails of many top technology CEOs may be called in for investigation as part of a major US government antitrust investigation.

The likes of Facebook CEO Mark Zuckerberg, Apple chief Tim Cook and Amazon founder and world's richest man Jeff Bezos could all be scrutinised by officials concerned about anti-competition practices.

The request comes from one of the highest levels of US government, and could lead to a major shake-up in how some of the world's biggest companies operate.

The request comes from a US House of Representatives panel looking to gain more information on how companies such as Google, Amazon and Apple carry out their business practices.

Some of the emails sought by lawmakers include information on top-level acquisitions, such as Google's takeover of YouTube and Android, Amazon's deal for Whole Foods, and Facebook's purchase of WhatsApp and Instagram.

But Reuters reports that the panel has requested information on market share, competitors, their largest customers for specific products, and documents from other investigations.

Facebook has been asked to provide more information on its decision to merge Messenger, WhatsApp and Instagram into a single service, and Apple has been told to submit details on its policy regarding whether iPhone users can set non-Apple apps as defaults.

“There is growing evidence that a handful of corporations have come to capture an outsized share of online commerce and communications,” said House Judiciary Committee chairman Jerrold Nadler.

“This information is key in helping determine whether anticompetitive behavior is occurring, whether our antitrust enforcement agencies should investigate specific issues and whether or not our antitrust laws need improvement to better promote competition in the digital markets,” Ranking Republican Representative Doug Collins Collins added in a statement.