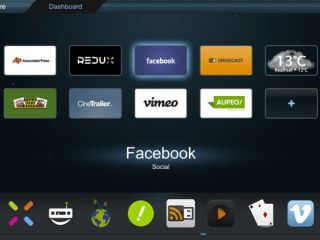 Opera is set to descend on CES 2012 and reveal some more details about its TV app store.

First revealed at IFA in 2011, the app store uses HTML5 and has a number of partners already signed up, including the likes of Vimeo.

Opera isn't giving much away in terms of what it is actually showing at CES, but has offered up another sprightly quote to big up the fact that the television is the next big thing for app devs to sink their teeth into.

A night at the Opera

"If the Mayans were right and 2012 is the end of it all, we're starting off with a bang," explained Tatsuki Tomita, Senior Vice President, Opera Software.

"We're transforming the TV experience by bringing the world of HTML5 apps to TV sets, Blu-ray players and set-top boxes all over the world. And that's only part of what we're showing."

The other 'part' is to do with improvements the company has made with Opera Devices SDK, where it is promising better buffering times and a smoother video experience.

It is also adding DLNA support to help with streaming content from whatever media server you have in your home.