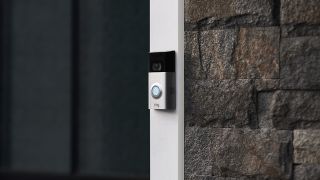 Amazon's Ring video cameras have inadequate cybersecurity, possibly leaving consumers vulnerable to cyberattack, according to a new court filing in the US.

A proposed class action filed last week claims that Amazon should compensate existing owners who have had their Ring systems compromised, as well as ensure overall security is improved for the product.

John Baker Orange, who filed the suit in Los Angeles, complained that his own Ring security system had been exploited by an attacker to spy his children.

“A company that sells a device that is supposed to protect occupants of a home shouldn’t become a platform for potentially endangering those occupants,” John Yanchunis, a lawyer for Orange, said in an interview.

Providers of other smart devices will no doubt be watching the case closely, not least Google with its Nest system, in case the court rules that they have any form of liability or duty of care to customers when it comes to security.

In the meantime, Orange has reportedly upgraded the security on his own system, such as adding two-factor authentication and improving his password.

The case has been filed at the U.S. District Court, Central District of California, as Orange v Ring LLC, case no. 19-10899.